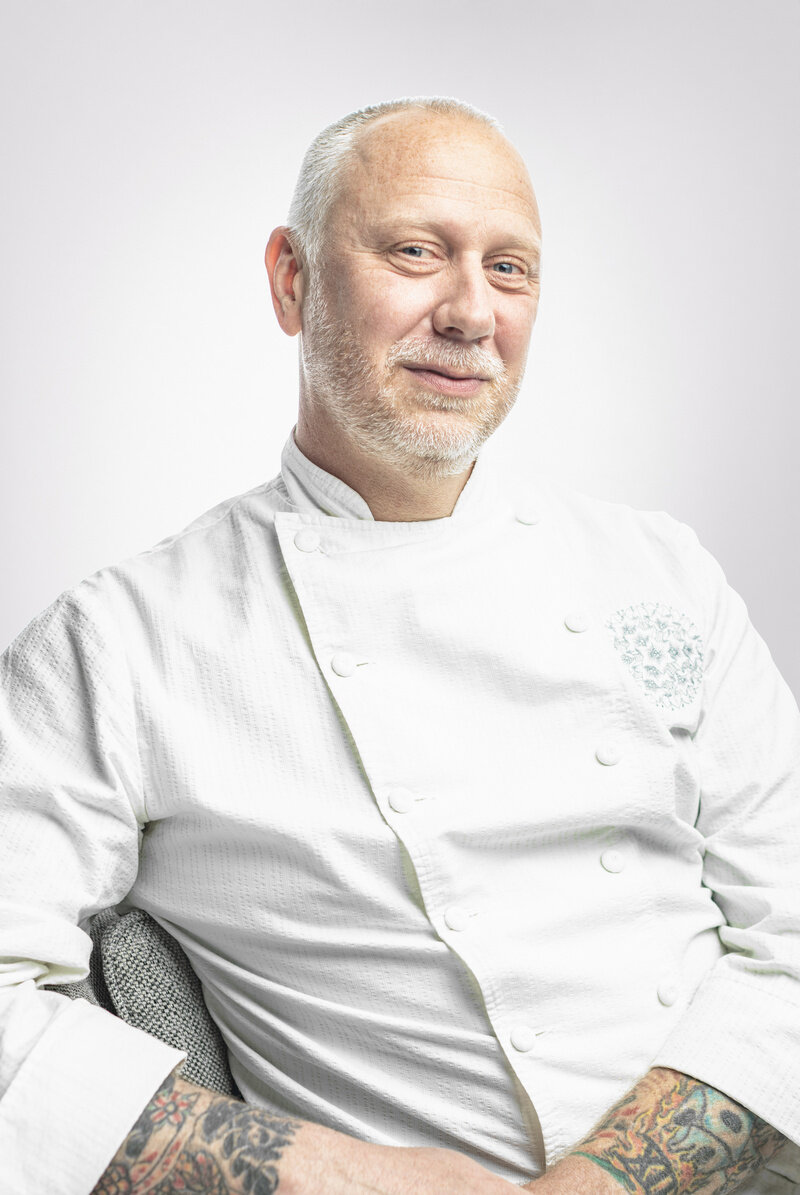 Kyle Connaughton began his culinary career in L.A. with an apprenticeship at one of the oldest Japanese restaurants in the city and continued training in both pastry and savory at Spago Beverly Hills, The Dining Room at Ritz Carlton, Lucques, Hama Sushi, and A.O.C. This was followed by several years cooking in Japan for the famed chef Michel Bras and in numerous traditional Japanese cuisine restaurants. In 2006, Kyle joined Heston Blumenthal to become the Head Chef of Research and Development for the Fat Duck Experimental Kitchen. He is a contributor to the "Modernist Cuisine" series, a co-developer of the Culinary Science Bachelors Degree program for the CIA, and co-author of the book Donabe - Classic and Modern Japanese Clay Pot Cooking. In 2014 Kyle co-founded the culinary development firm Pilot R+D with Dan Felder, Dr. Ali Bouzari, & Dana Peck. 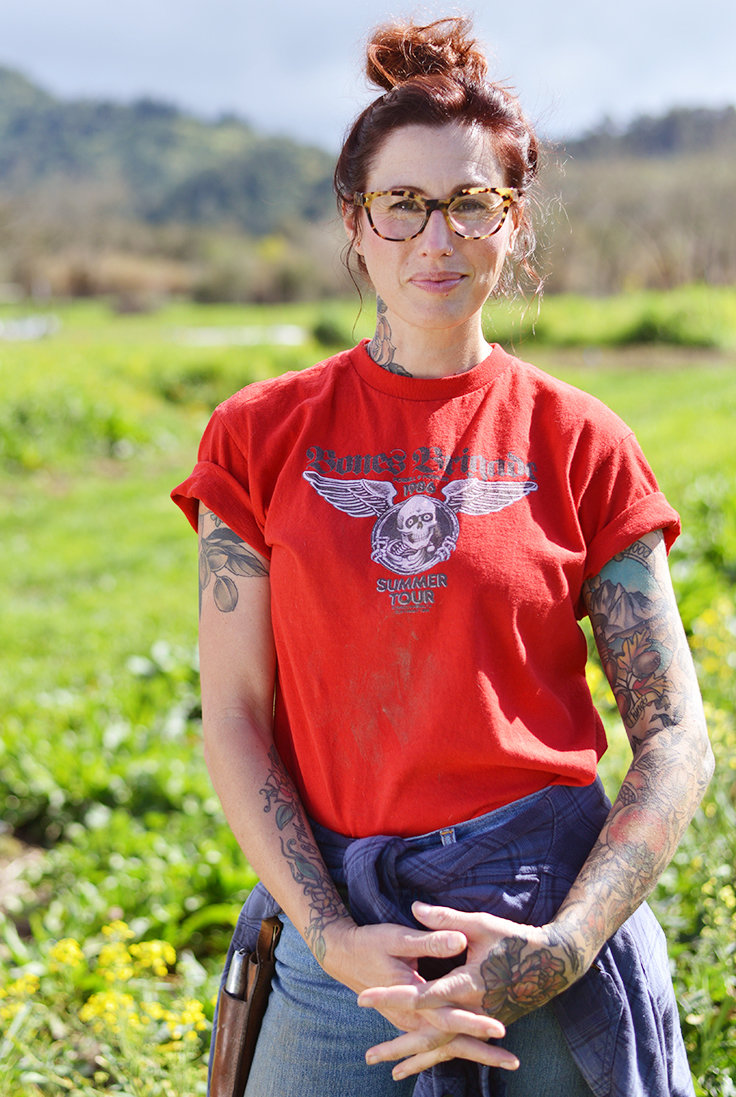 California native Katina Connaughton and husband Kyle have been together since they met at 15. Katina began her first foray into farming while living in a rural agricultural community in Hokkaido, Japan. She continued culinary gardening on a Victorian estate property in England before moving to Sonoma to complete her coursework in Sustainable Agriculture and Horticulture. Katina was greenhouse manager for the Ag Program and Santa Rosa Junior College and has farmed at Davis Family Winery and The Barlow. Katina heads SingleThread Farm's five acre property, greenhouses, heirloom orchards, bee hives, and livestock as well as the foraging program and floral department.

Tony Greenberg is the founder of UPVentures LLC, a real estate development firm based in NYC and Brooklyn. Tony partnered with Kyle and Katina to develop SingleThread and manage the large cast of designers, artisans, and unique collaborators who have brought the Connaughtons' vision of SingleThread to life. 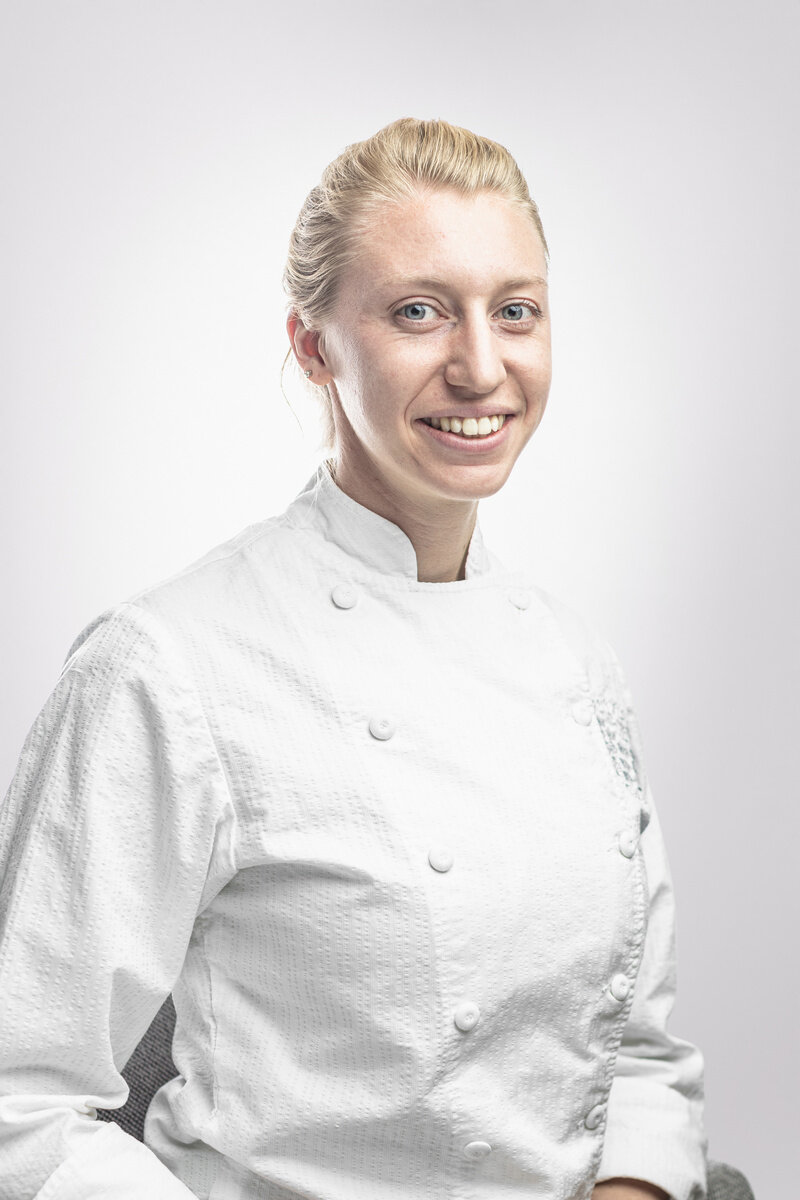 Marley Brown grew up on a farm in southern Illinois where food and farming were always a part of life. She started working in restaurants when she was 16 and she fell in love with the restaurant lifestyle. She graduated from C.I.A. Hyde Park in 2012. Marley started her career working for Sean Brock at McCrady's in Charleston, South Carolina. She then moved to Maine to work for Melissa Kelly, a Chef who has a 5-acre farm and a restaurant. There, Marley cemented her passion for cooking and farming together. Marley has been with SingleThread since 2017. 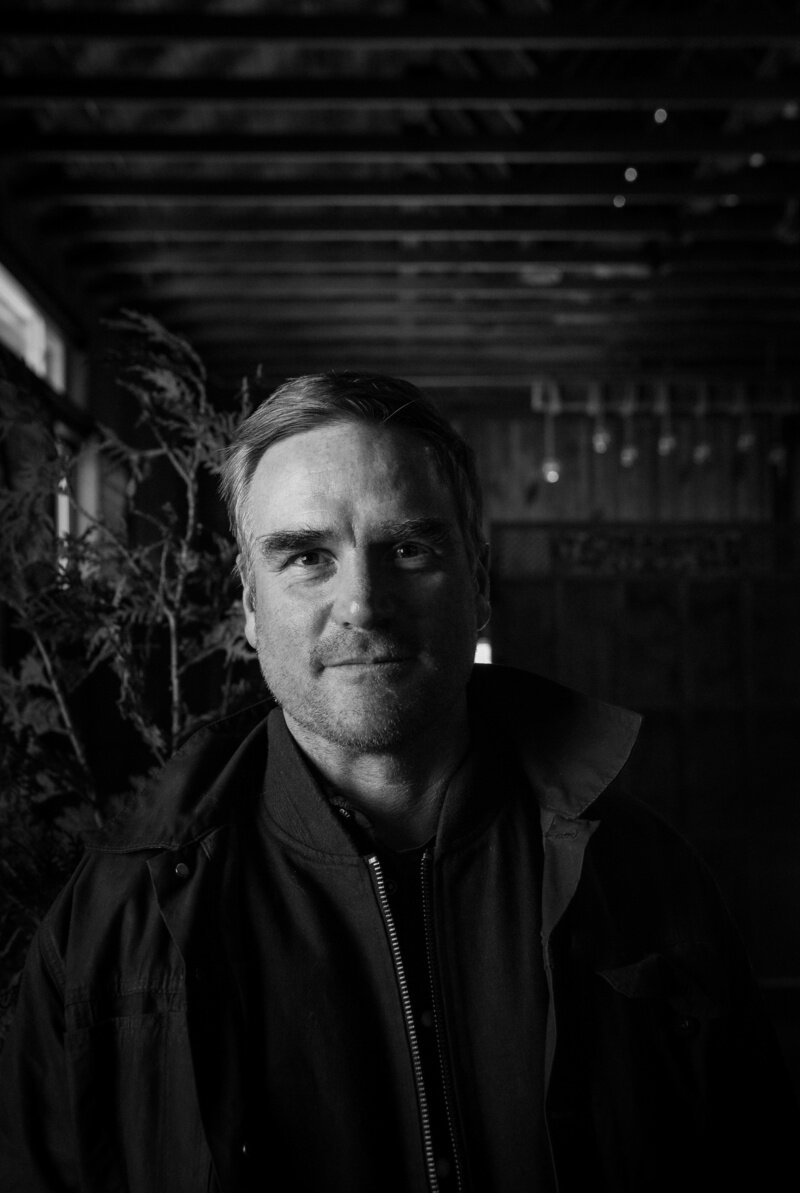 Director of Events and Strategic Partnerships

As Director of Events and Strategic Partnerships Zach manages all SingleThread events. From curating and developing retreats and celebrations on property, to producing unique and out of the box dinners in incredible locations, Zach looks forward to creating your private dinner. Prior to joining SingleThread, Zach was the General Manager at Henry’s Fork Lodge, a luxury fly-fishing lodge in Idaho. Additionally his background includes producing incredible events for Paula LeDuc Fine Catering and dreaming up and managing guided expeditions throughout the world for adventure travel company Adventures Cross-Country. 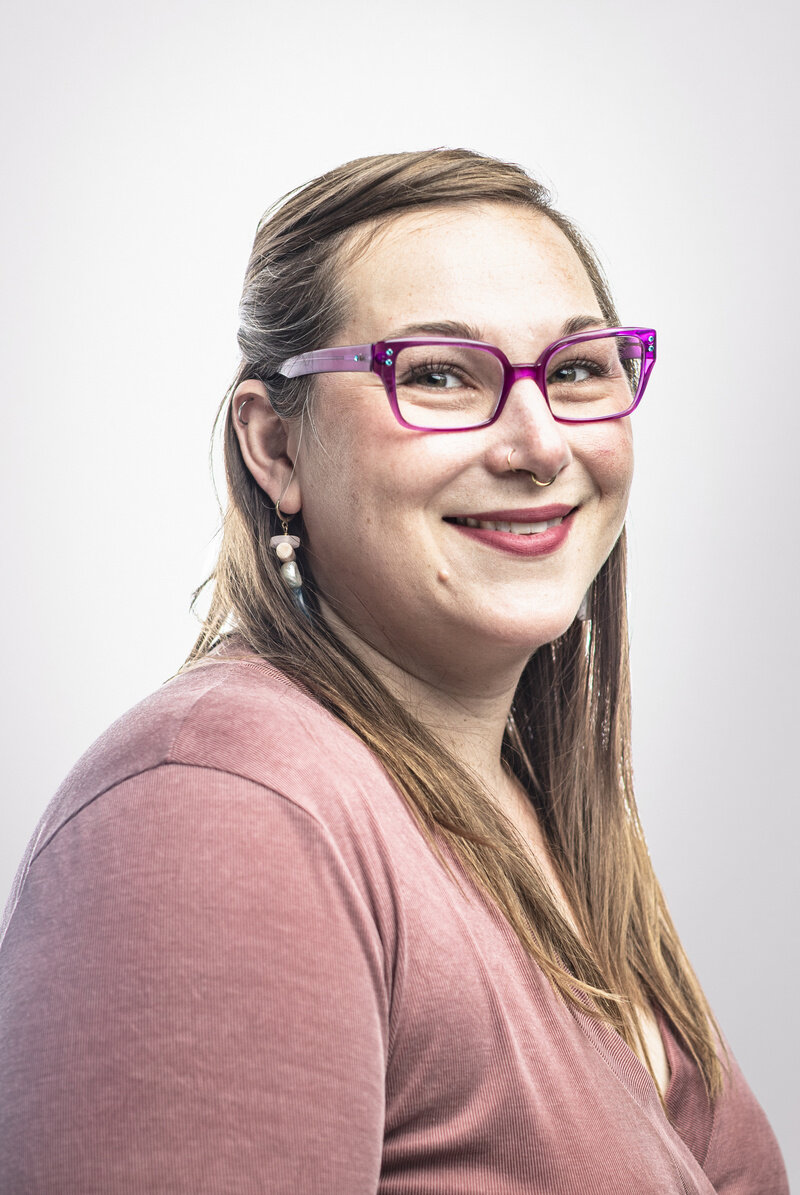 Haley Callahan is a Healdsburg native. Her endless curiosity for adventure lends a hand to the curated concierge services offered to every inn and restaurant guest. As Hospitality Director, she strives to create memorable experiences for the guests of our inn. From coordinating in-room dining or a tour of Sonoma County wine regions, to relaxing on property with one of our house made snacks, Haley lends a hand to the invisible details that shine when your special moment appears.

Ayuchi Haga Sandlin is a bilingual Creative Director. She oversees the overall design and execution of the company’s collateral and the creative aspects of its brand initiatives. Part of the original team to open the restaurant and hotel, she has been an integral part of SingleThread since 2015. Originally from Sendai, Japan, she relocated to the San Francisco Bay Area in 2010 after working as a graphic designer in Tokyo for 10 years. Ayuchi has a wide array of unique experiences ranging from working for the San Francisco Golden Gate National Parks, to serving as an interpreter for food businesses throughout Japan and the United States. She holds a B.S. in Environmental Science from San Francisco State University. 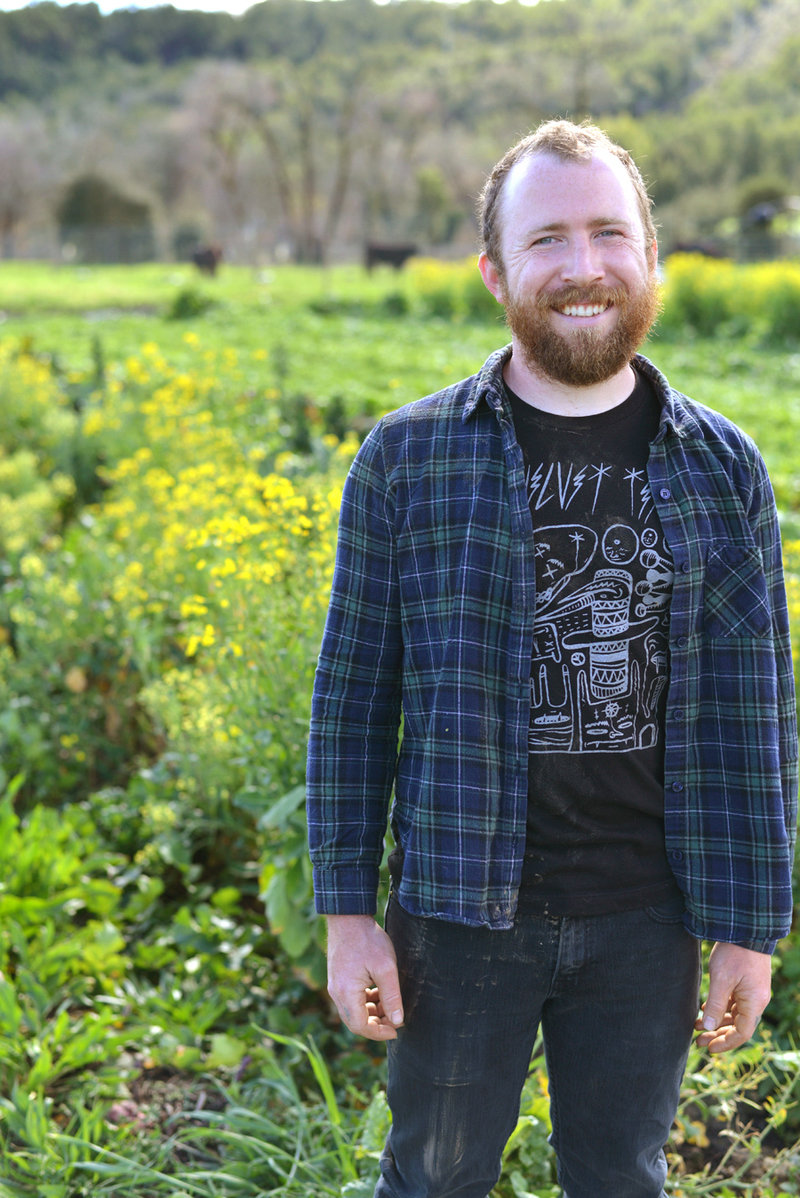 Hezekiah is a Sonoma County native who acquired a love and respect for farming while growing up amidst orchards and coastal foraging areas. He has been with the team it's SingleThread's inception, and now co-manages the farm alongside Katina and Evan. He strives to foster innovation daily and renew and maintain an excitement for the bounty of the beautiful Sonoma countryside. 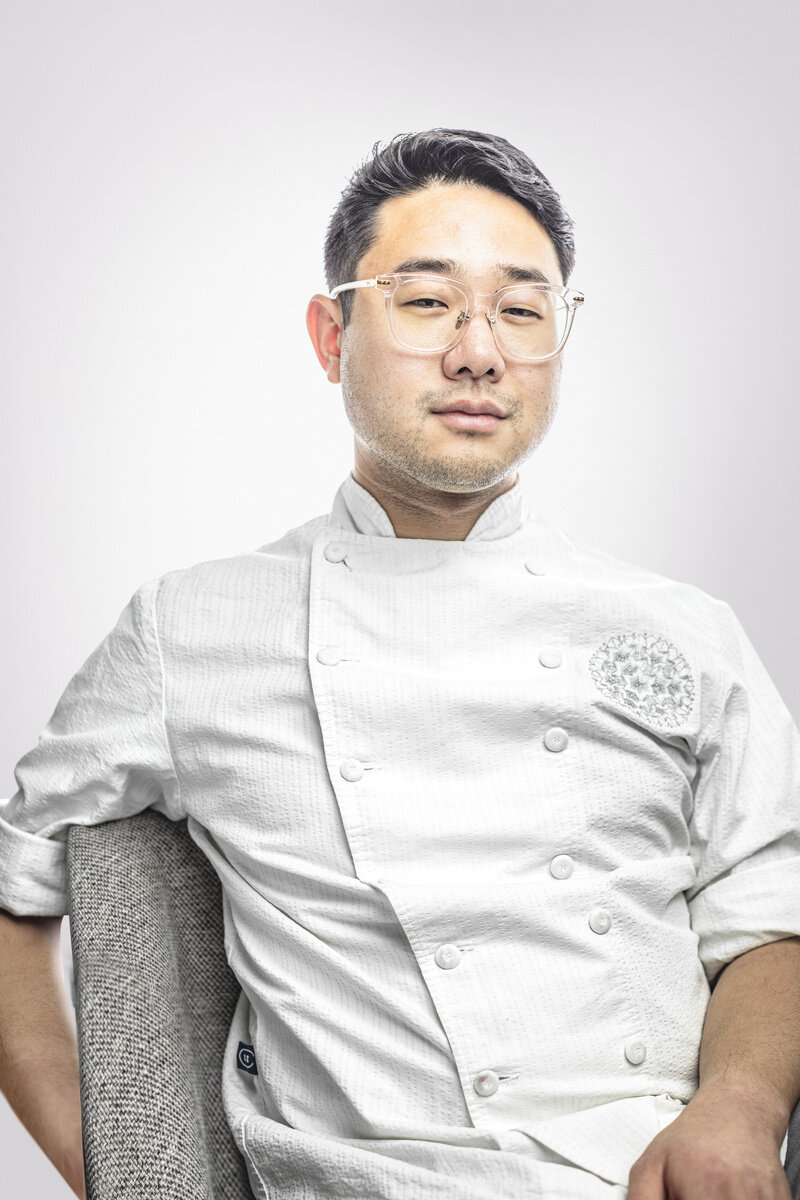 Andrew's restaurant journey began in 2013 during his final semester at The George Washington University in Washington, D.C. While navigating his post-graduate options, he interned for World Central Kitchen, Jose Andres' humanitarian organization. His time there showed him how impactful chefs could be on issues ranging from disaster relief to community development. Inspired, he made the transition into restaurants at Jose Andres' Mediterranean concept, Zaytinya. Over the course of the next four years, he continued his training at other restaurants in the Washington D.C. area, including Rose's Luxury and Pineapple & Pearls. With the hopes of cooking at a place where he could learn more about agriculture and Japanese cuisine and where sustainability and community service were part of the restaurant ethos, he came to find SingleThread Farms. He has been with the SingleThread Farms team since 2018. 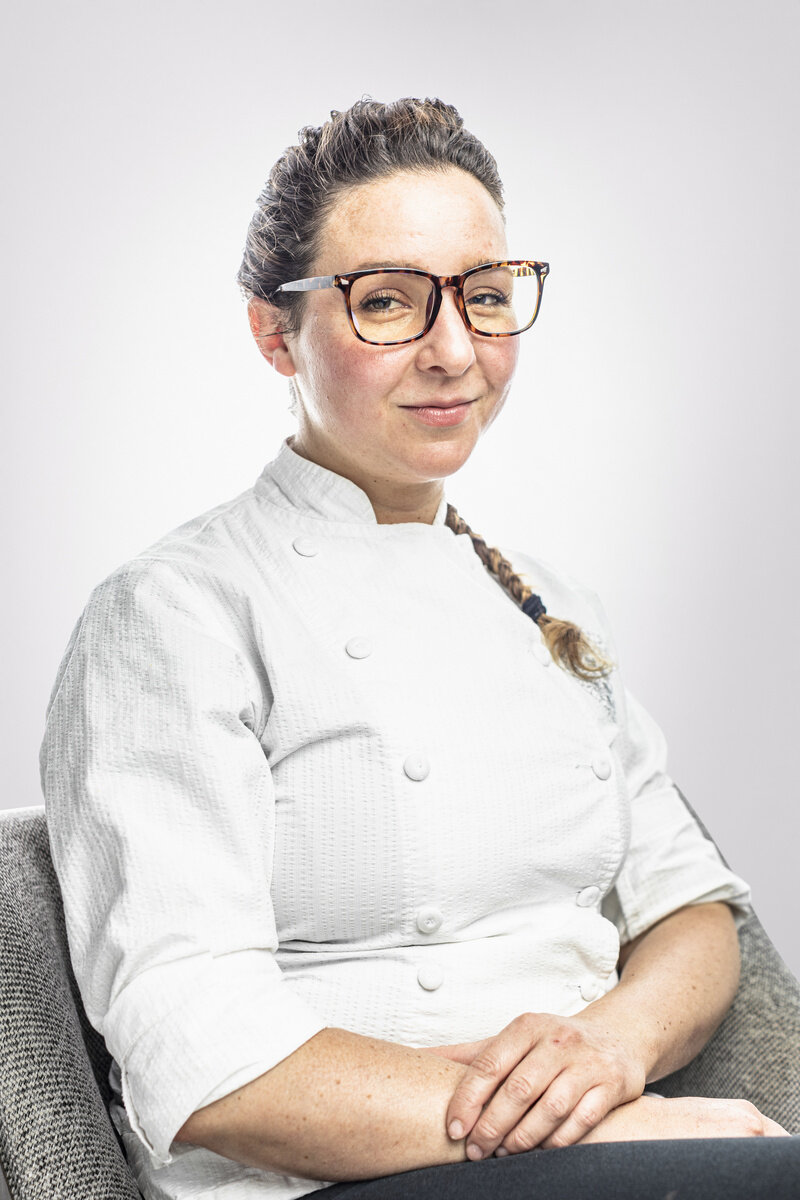 Growing up in Hawaii was an early influence on Emma’s interest in hospitality and farming- she saw firsthand how conscientious agriculture and cultural education provided a sense of stewardship to the community. Learning that relationship between food and tradition led Emma to later pursue a career in restaurants across California while earning a degree in languages and communications. During years of working, Emma committed to attend the CIA at Greystone and graduated the baking & pastry program. After moving to New Orleans to work under Nina Compton at Compère Lapin, Emma returned to Northern California and started with SingleThread Farms in 2017. She now works to combine the Connaughton’s mindful ethos and her passion for food science within the pastry department. 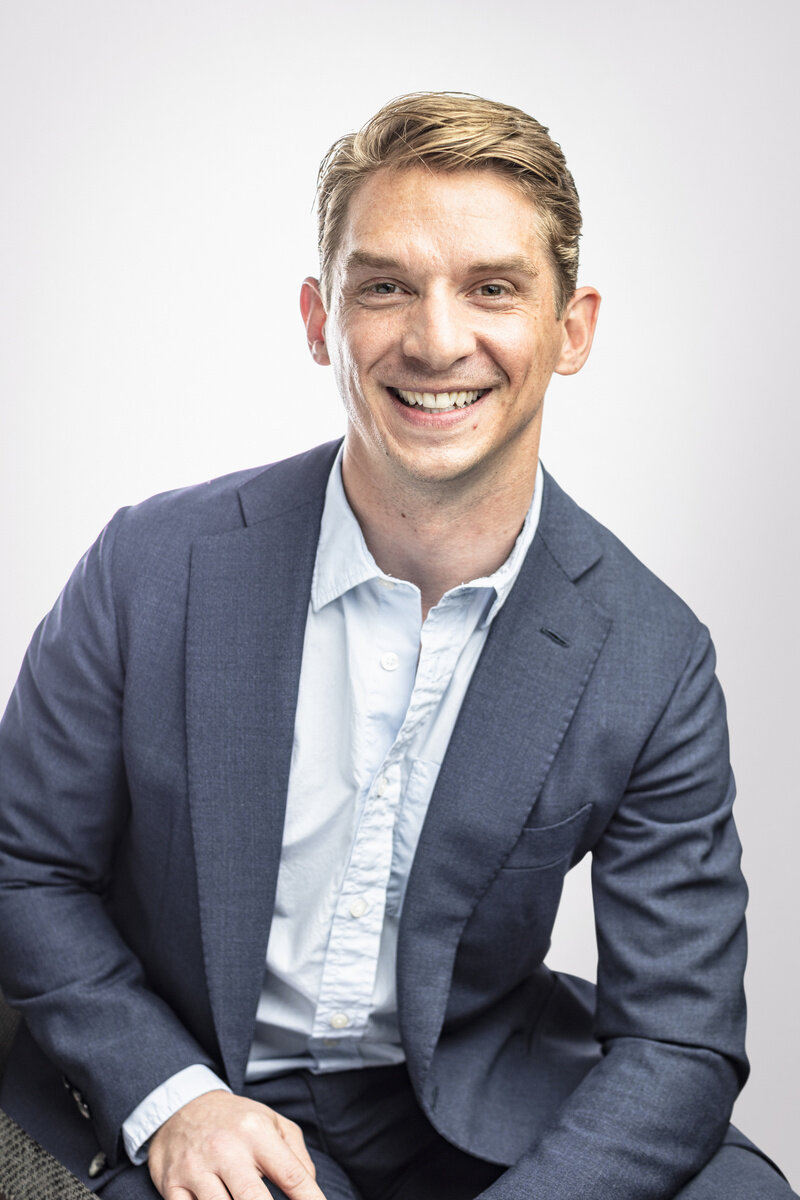 Director of Finance and Strategic Initiatives

Jordan grew up in California and graduated with a degree in Economics from UC Berkeley. He spent the first decade of his career at Centerview Partners, a specialized M&A and advisory Investment Bank. With stints in San Francisco, London and New York, he brings a wealth of experience advising management teams and investors on a diverse array of financial and operational questions and works to bring a balanced and long-term view to our day-to-day operations. 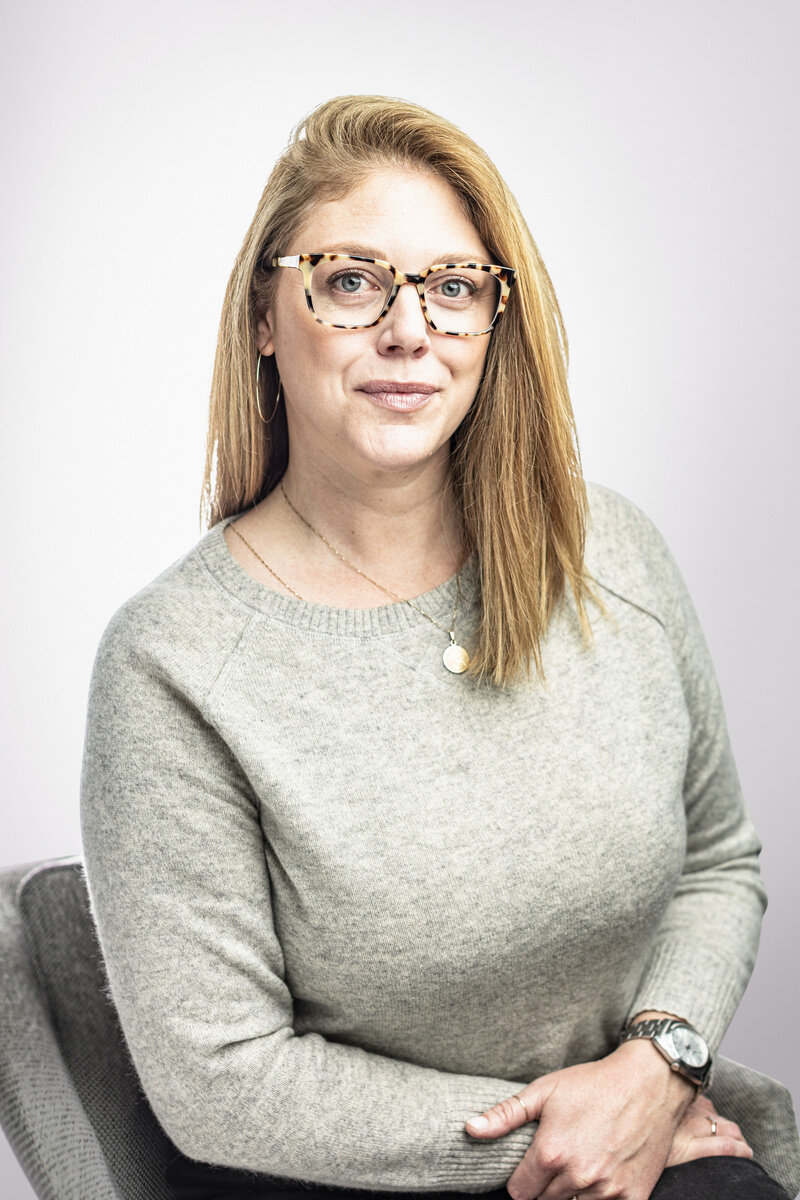 Lacy is a Sonoma County native and began her Human Resources journey in recruitment at Genentech, but has spent most of her career dedicated to the wine industry. She spent 13 years at La Crema Winery, where she eventually oversaw both California and Oregon wine production as General Manager. While working at La Crema, Lacy pursued her education at Dominican University at night, earning a B.A. in Strategic Management. After a 3-month sabbatical in Spain, she returned to Healdsburg where she found herself back in the wine industry, working at Bella Vineyards + Wine Caves, overseeing wine production, grower relations, and people. It was during the pandemic that Lacy sought out SingleThread, naturally gravitating towards the culture and ethos of stewardship. In 2020, Lacy joined our SingleThread team as Director of Human Resources. 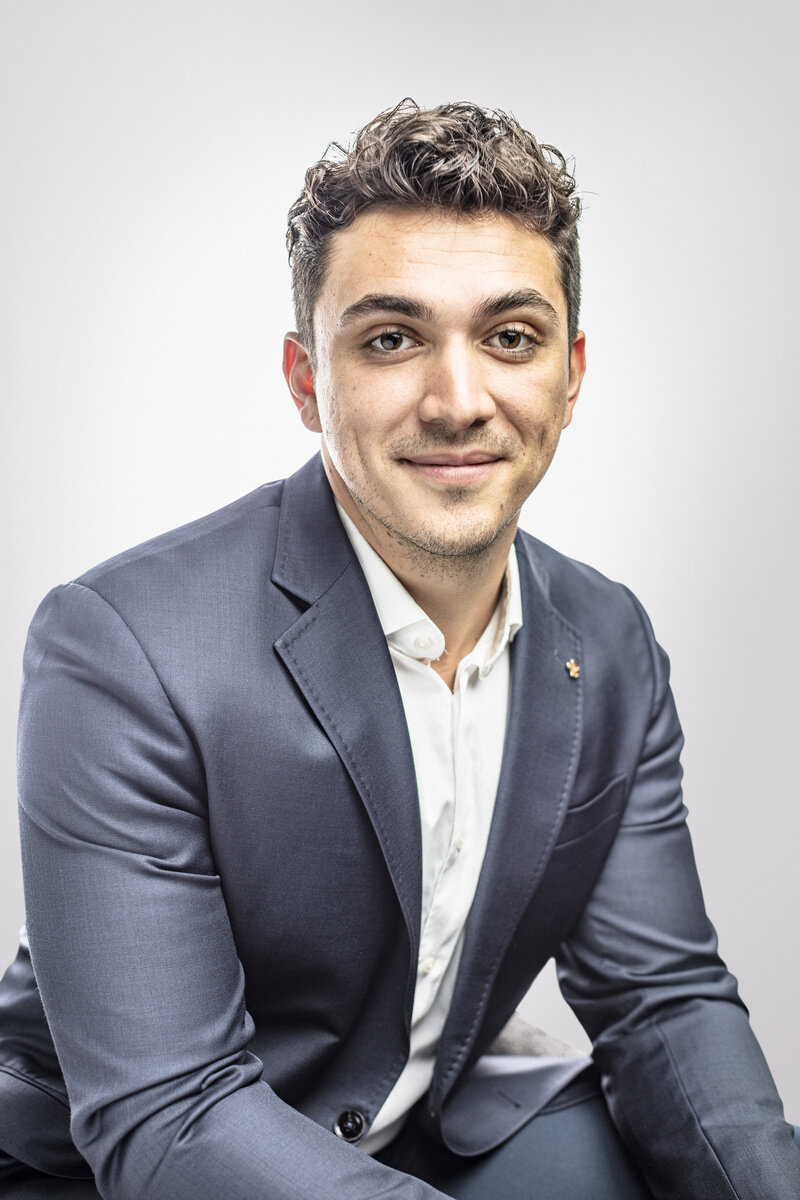 Jacob grew up on Santa Barbara's beautiful coastline and as he traveled the world from a young age, cultivated an early appreciation for hospitality and all things culinary. He began his career with the Four Seasons group, at The Biltmore, Santa Barbara, before landing in wine country. After spending 3+ years leading front of house operations at Hotel Les Mars, part of the prestigious Relais & Chateaux, Jacob joined the SingleThread team in 2019 and currently oversees guest communications and reservations. In addition to his current role, Jacob is pursuing his degree in Business Administration with a Hospitality focus and works cross functionally to support the Inn and Concierge teams. 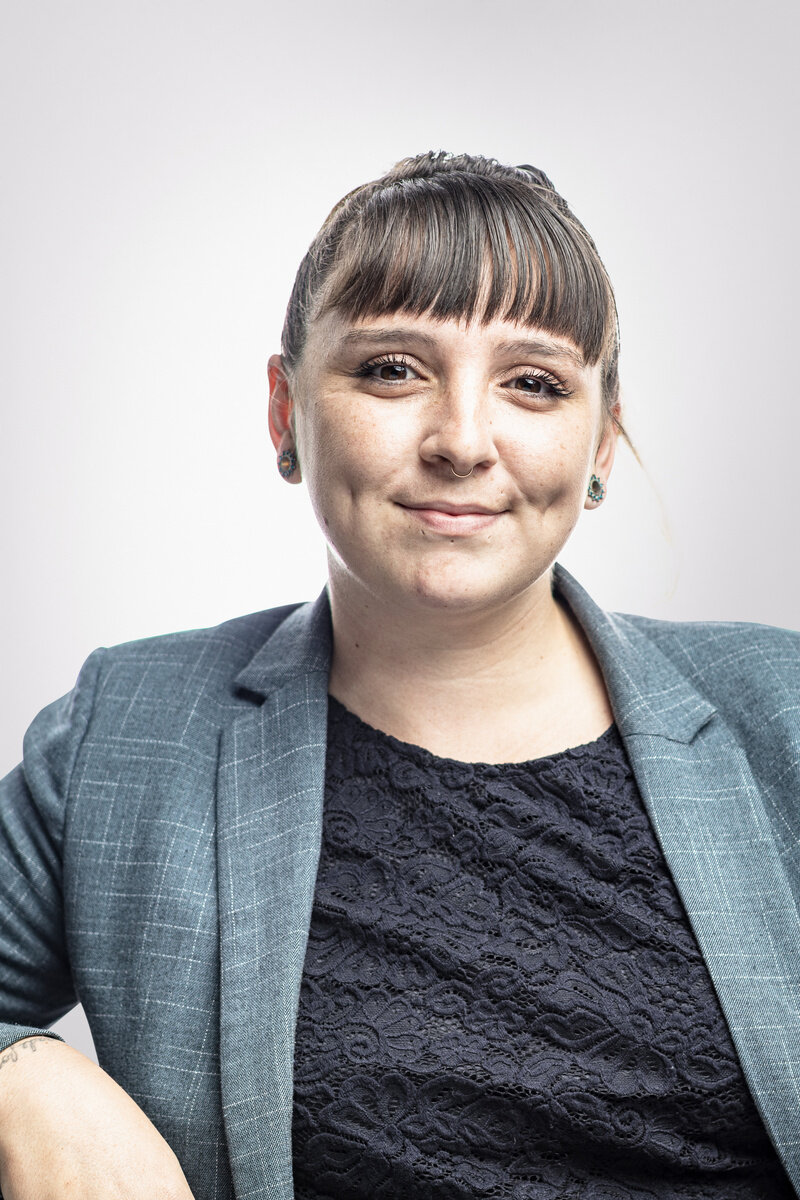 Dri was born and raised in Sonoma County. The landscape of California has shaped her love for nature, art and music. She spent her younger years studying photography and playing music in a band where she met her husband. They have a shared love for adventure which will often take them on road trips in their campervan through State and National Parks with their 2 year old dog, Jin.

Dri’s career in hospitality began at a Neapolitan Pizzeria in her hometown. After 3 years, she decided to take the next step and moved to Manhattan to work at Eleven Madison Park for just under 2 years. The pandemic brought her back home and in July of 2020, Dri joined the SingleThread team. 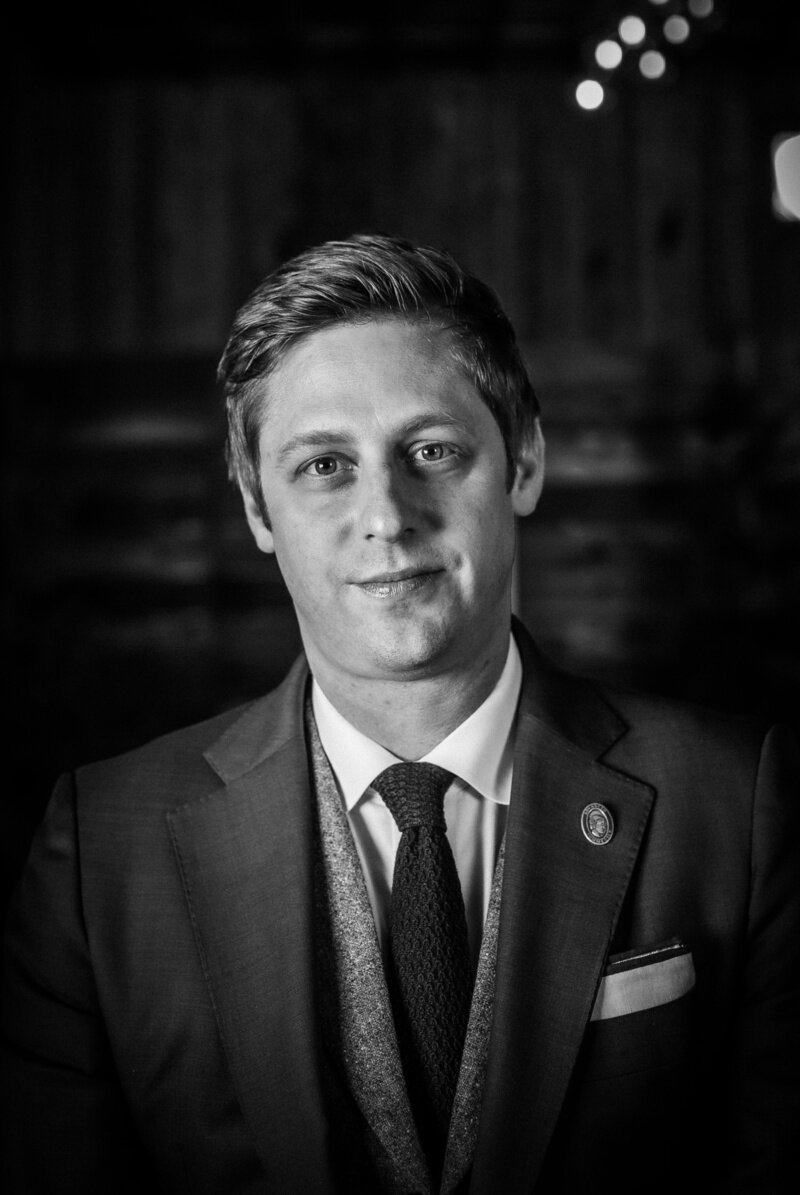 Chris McFall spent his formative years working in restaurants and studying wine in Austin, Texas. His passion for wine and hospitality was forged while working at a small family-owned restaurant in Austin, turning a one page wine program into a wine destination.

In 2012, Chris was named ‘Best New Sommelier’ by Wine and Spirits Magazine, an industry peer-based poll.  Continuing his thirst for knowledge with a wanderlust spirit, Chris took an opportunity to join the wine team at Pappas Bros. Steakhouse, a Grand Award winning program inHouston, Texas.

Additionally, he managed and developed award winning programs at the 2 Michelin Starred Lazy Bear in San Francisco.  In Spring of 2020, Chris joined the Sommelier team at SingleThread, quickly taking on the role of Head Sommelier and in September 2022, Wine Director. 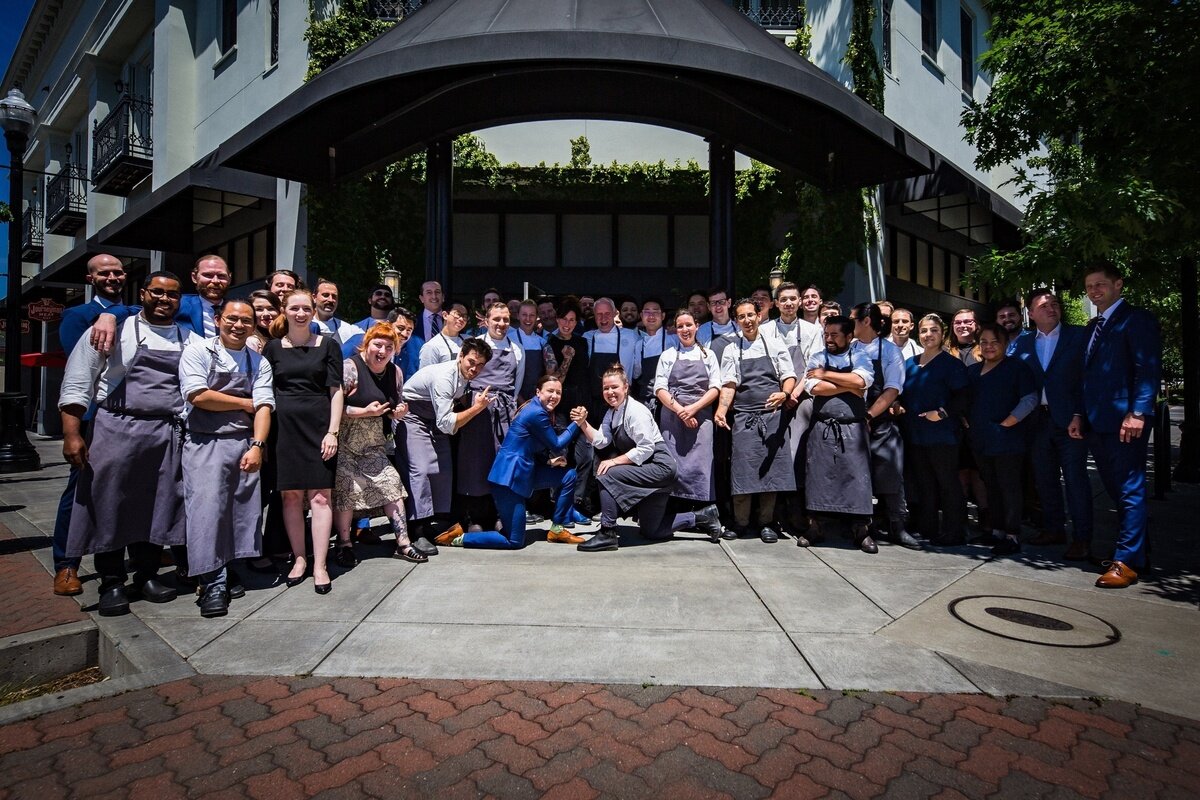