On August 27th, we were excited to co-host a collaboration dinner with Chef David Kinch of three Michelin starred Manresa to welcome California Michelin star recipients from the Western Relais & Châteaux family: Chef/Director William Bradley of Addison and Executive Chef Justin Cogley of Aubergine at L'Auberge Carmel. All four chefs came together for the night at SingleThread to showcase the vast bounty California offered.

It was a wonderful opportunity to collaborate, celebrate, and enjoy. Thank you to all who attended this very special event.

David Kinch, Chef/ Proprietor of Manresa, has forged a distinctive culinary path putting him at the forefront of new contemporary California cuisine. His philosophy is fostered by the terroir, or “sense of place” of the California Coast, and the kind of ingredient driven cooking and modern technique he studied around the world. Kinch finds inspiration from European traditions and refinement, American ingenuity, and the vast bounty California offers. Manresa earned Three-Michelin stars for 2019, marking four consecutive years with three Michelin stars and thirteen consecutive years as a Michelin star restaurant. Following a fire in 2014, Manresa reopened in 2015 receiving a Four Star review from the San Francisco Chronicle.

Like SingleThread, Manresa also became part of the esteemed Relais & Châteaux family in 2016.  In 2012, it was named one of Restaurant Magazine and San Pellegrino’s “Top 50 Best Restaurants in the World.” In 2013, Bon Appétit called Manresa one of the “20 Most Important Restaurants in America” and GQ magazine named him “Chef of the Year” in 2011. Kinch was a Finalist for the “Outstanding Chef” award from the James Beard Foundation in 2019, 2018, 2017 and 2014. In 2010, he received the Foundation’s “Best Chef: Pacific” award following two years of nominations in the category. His first cookbook, titled “Manresa: An Edible Reflection” debuted in October 2013 and was number 19 on The New York Times “Best Sellers List.” The cookbook was nominated for the James Beard Foundation “Cooking from a Professional Point of View” award and won the International Association of Culinary Professionals (IACP) Award for “Global Design.”

In his role as Chef/Director of Addison Restaurant, William Bradley conveys his meticulous approach to the craft of cooking through a luxurious dining experience that showcases world-class ingredients. Since 2006, Addison's contemporary French cuisine and superlative service have led to global recognition for him and the restaurant.

Addison is the first and only restaurant in San Diego to receive a Michelin star, as well as both the highly coveted Forbes Travel Guide Five-Star and AAA Five Diamond ratings, which Addison has earned since 2009 under Bradley’s direction. It also garnered three stars from the Los Angeles Times – the highest review of a restaurant outside Los Angeles – and was named one of “America’s Best New Restaurants for 2007” by Esquire magazine. It was again recognized by the publication in 2018 for serving one of the top ten tasting menu experiences in the country.

Bradley, a four-time James Beard Award nominee, was named the U-T Chef of the Year by The San Diego Union Tribune in 2014, won Robb Report’s Culinary Masters Competition that same year, and has served on the Council for Bocuse d’Or USA since 2013. He is also one of only 160 chefs on five continents to hold the title of Relais & Châteaux Grand Chef, among other accolades. Bradley's collaborative work with Addison’s Wine & Beverage Director has led to recognition from Wine Spectator, Wine Enthusiast, Wines & Spirits and Food & Wine.

Justin Cogley joined Aubergine restaurant in January 2011. As Executive Chef he oversees Aubergine and all of L’Auberge Carmel’s culinary programs.

Prior to his career as a chef, Cogley was a professional international figure skater performing with “Disney on Ice.” Traveling and touring with the show for four years in Asia, Australia and Europe, Cogley was exposed to new flavors and cuisines, as well as a myriad of food markets and international techniques. These culinary experiences confirmed his passion for food, travel, and good wine, and when he returned to the United States, he enrolled at the Western Culinary Institute and began working in select restaurants in Portland, Oregon. After graduating with top honors in 2005, he launched his culinary career on the team at Charlie Trotter’s.

Cogley recently became an avid triathlete and long-distance runner and competed in numerous West Coast races. He also created a culinary event: Rediscovering Coastal Cuisine where he invites talented chefs from around the country to come together and collaborate on a twelve-course tasting menu that explores and celebrates the unique biodiversity of California’s Central Coast. 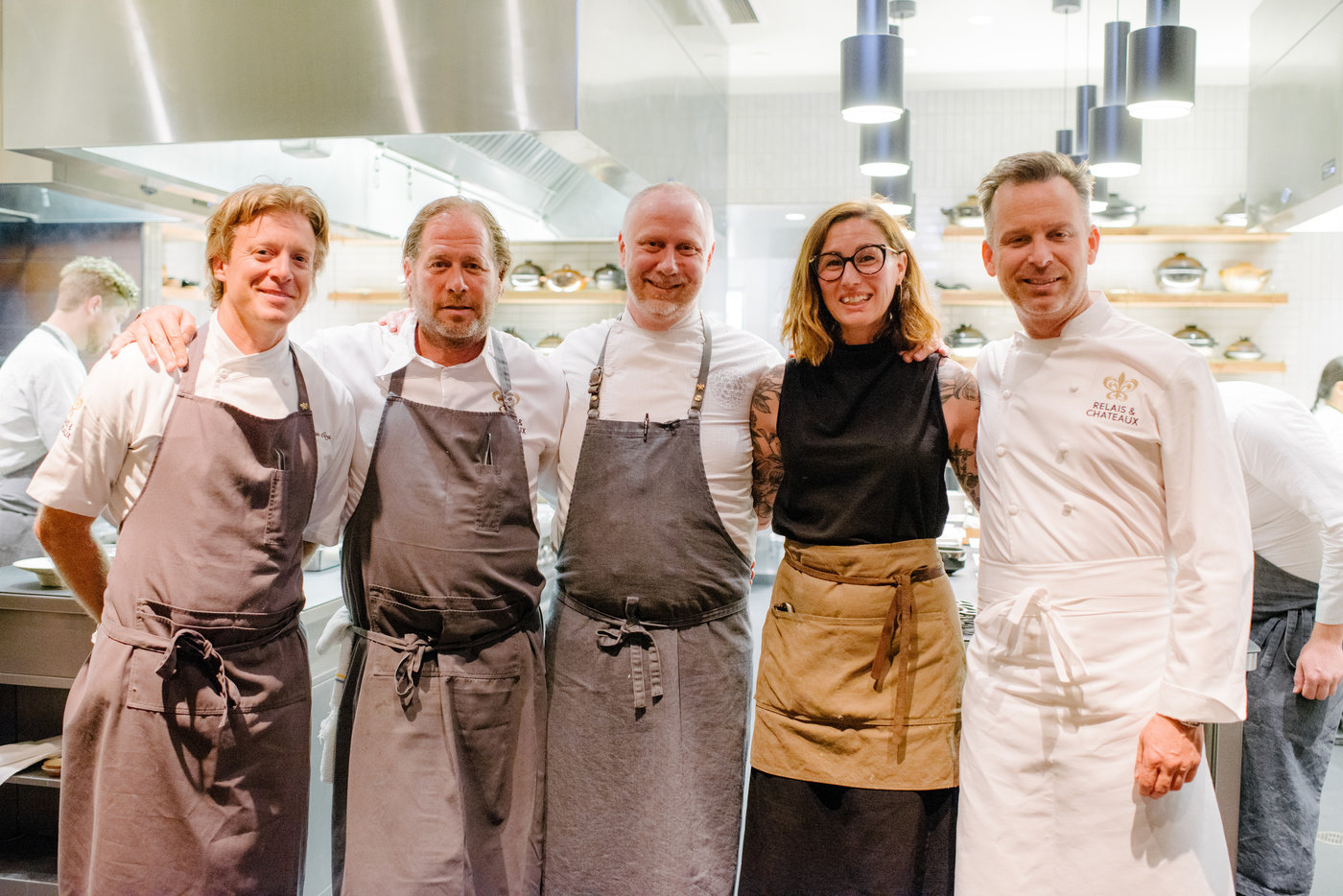